Welcome to the Ashley Tisdale Wiki! 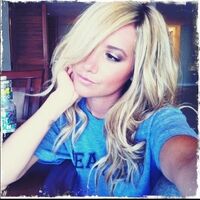 Hiya. Welcome! This site is dedicated to the American pop singer, Ashley Tisdale. Feel free to discove and share your knowledge, or hang out with your friends and just chat.

Who is Ashley Tisdale

Crank It Up is a song by Ashley Tisdale. It is this month's featured song.
Retrieved from "https://ashley-tisdale.fandom.com/wiki/Ashley_Tisdale_Wiki?oldid=4154"
Community content is available under CC-BY-SA unless otherwise noted.